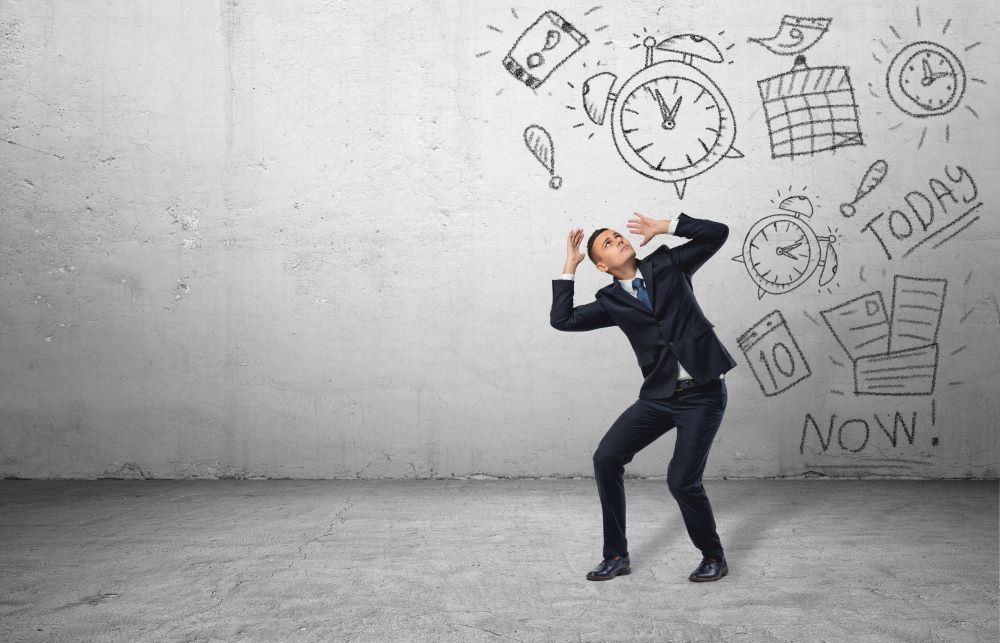 Tim was in trouble, and he knew it. He had a hundred things to do by the end of the month, now three days away, and nowhere near enough time to do half of them.

It’s like this every month, he thought to himself. No matter what I do, I’m always behind. My closing rate goes in the toilet because all that’s on my mind are all the things I should be doing. It’s a vicious circle. I promise that if I get through these three days, it will be different next month.

Of course, like all the months before, Tim did manage to accomplish most of what he was supposed to do. At least enough of it to keep everyone from really hassling him. So he sat down at the end of the first week of the new month and made a list of the five most important things he needed to accomplish in the remaining three weeks. Here’s his list:

Looking over the list, he felt confident that the first two would take no more than a couple of hours a week. The third would take a big chunk of time, but the benefits would be great. The fourth was just a matter of doing some reading at home. And the fifth, no point in doing that until the others were done. No point in talking to prospects about product he didn’t know about. And no point in talking to new people until he had a really organized way to save the information.

This is the way to go, Tim said to himself. I’ve finally got a handle on what I need to do. No more end of the month craziness for me!

Of the five items on Tim’s list, he may actually accomplish one and two. Unfortunately for him, the first four items are not really going to affect his income in any significant way. The last item, if completed, could potentially increase Tim’s income significantly. But he will never get around to it because he has built a barrier of the first four. His perception is that to get to number five, he must complete one through four. Why?Because that’s the order he put them in.

Most salespeople who are not consistently at the top of the sales chart have a similar method of dealing with multiple project deadlines. They sit down, write down all of the things they need to do and then prioritize. So far, so good.

Unfortunately, the items that are selected for immediate work are typically those seen as “I can knock that off in an hour or two.” In other words, the easy tasks are at the top of the list and the hard tasks are at the bottom of the list. But the “easy” tasks always take longer than expected. Sometimes much longer.

Then, when number one is complete and scratched off the list, the next item is selected. Number two is an easy half day, or so goes the thinking. A day later, it is almost all completed. Better move on to number three.

If number five is ever gotten to, it is done in panic mode. By that time, events have forced the salesperson to do it or face horrible consequences. And number five is then finished haphazardly.

What to do about number four which was skipped in a panic to take care of number five? It’s taken care of by making a new prioritized list. Next month. In other words, it never gets done.

Instead of just making a list of tasks to be completed, make the list and order the list from the most difficult task to the easiest to accomplish. Now decide how much it is worth to you to complete each task. In other words, which task, if done, will generate the most income. It’s probably one of the tough tasks. That’s the task you start first.

But before you do, break it into five “chunks.” You aren’t going to do the task in one sitting, so by breaking it into five chunks, you are creating bite-size pieces. Now determine how much time you need to do chunk one, then chunk two and so on. Now start doing chunk one.\

What about the other tasks? When you complete chunk one, do the same thing for them as you did for the first task. How much income will that generate? Then break each into five bite-size pieces. You will be astounded at how much you will accomplish. You will also see a rise in income.

If the easy tasks take three times as long to accomplish, why not just start with the hard ones and increase your income? 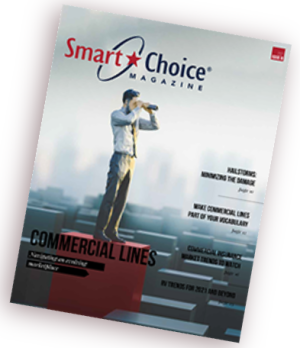 Businesses in the future will definitively want to be prepared with emergency plans in place for future interruptions. Insurers will want to see that small businesses have better business continuity plans in place – which most will after surviving 2020. Check out the 2021 Issue 3 of Smart Choice Magazine to see how independent agents can help businesses and commercial clients hit the reset button and navigate an evolving insurance marketplace as we move forward.