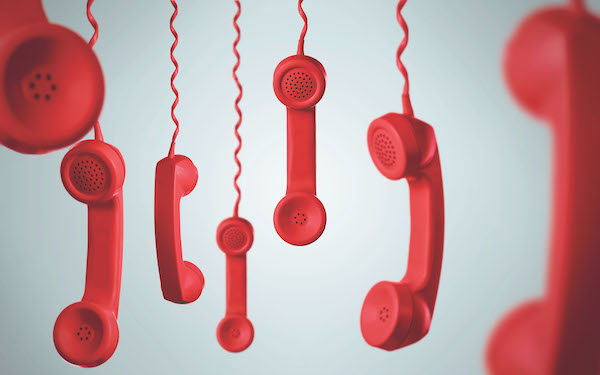 Mark was having his usual results from cold calling. But he was determined to make at least twenty contacts today no matter what. He knew that with that goal accomplished, he’d average at least three appointments.

Back to the grindstone, he thought.

“Good afternoon,” he began, “my name is Mark Swingle, and I represent Global Office Equipment. We…”

Before he could continue, the person he was speaking to interrupted him.

“We already have a supplier and are quite happy with them. Thank you for calling.” With that she hung up.

Mark was so numb from having this done to him, he didn’t even flinch. Nor did he consider this a contact. He had decided that only folks who heard his whole bit could be counted. Others in the office thought he was making it hard on himself, but that was his goal.

Three more contacts, and I made the day, he thought.

“Good afternoon, my name is Mark Swingle and I represent Global Office Equipment. We have a complete line of office equipment and do our own leasing. Am I speaking to the right person about this?”

“No,” came the response, “I’m just the receptionist. You want to talk with Jane Kalina. Hold on, I’ll put you through.”

“Hello, this is Jane Kalina. I’m not in right now and if you’d like to leave a message, press one and wait for the beep. Every call is important to me. Thank you and have a nice day.”

Bill pressed one and waited for the beep. “Good afternoon, my name is…” and finished his bit. Hanging up, he tried to remember if anyone ever called him that used voice mail. Couldn’t remember a single person.

It took him three more hours, but he finally did get those last three contacts he needed.

Mark is having a tough time finding anyone who will listen to him. Despite the hours of rewriting his script, he still gets brushed off on most of his calls. About three-quarters of the appointments he makes are cancelled. Half of the ones that aren’t actually cancelled don’t end up in a real meeting. When he arrives, he is told by a receptionist to leave literature.

Truthfully, the prospect you are cold calling has absolutely no idea who you are, what you do, or for that matter, whether she can trust you.

So how do most salespeople start the one-sided conversation?

“Hi, this is Bill Rodgers from Smith and Smith. I represent office efficiency machinery designed to…” and on and on.

Think about the effect on the prospect on hearing this. It’s just another salesperson who, if I can get a word in, is going to promise me that his equipment is better than what I have, most likely a lot less expensive and will never break down. How do I get him off the phone so I can get something done?

Did this “conversation” start off with a statement of truth both parties could agree to? As it progresses, does the prospect feel any sense of interest in what is being said? Or, perhaps more importantly, is the prospect engaged in the conversation? No. No. No.

Always identify yourself when you first speak to a prospect. This is a phone courtesy. Then make a truthful statement you both can agree with, such as, “Doesn’t sound like you know me.”

Then wait for a response. You are getting the prospect engaged in the conversation. Despite what you may think, this question also gets their interest.

“Hoped you did but this happens to me all the time. This is kind of awkward for me. Do you mind if I ask you a question?”

Ninety-nine point nine percent of the prospects will say “Yes.” You have just been invited in whether you realize it or not.

“I usually only work with presidents of the company. Are you the president?”

“Here’s why I’m calling, and if this doesn’t make sense to you, interrupt me…I don’t want to make it awkward for you, too.”

Tell the truth right from the very first contact with the prospect, and you will have someone who will listen and respect you for it. 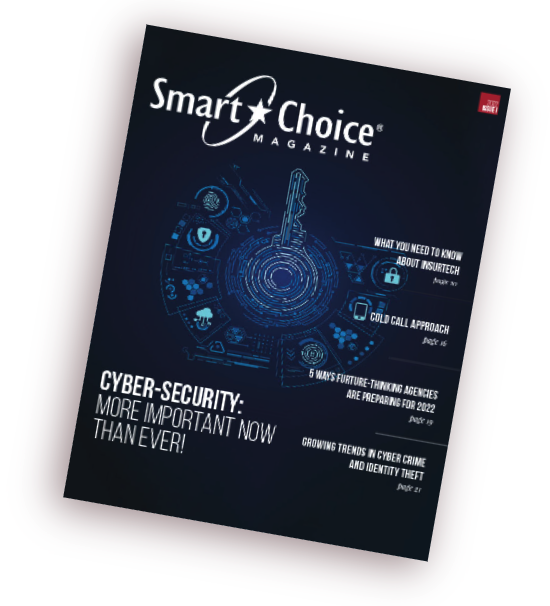 Cyber-Security: More Important Now Than Ever!

In this business, we handle so much sensitive personal and private financial consumer information that we have to be vigilant about staying on top of cyber security. From phishing attempts to identity theft to ransomware attacks — everyone is a viable target and should be prepared. Check out the 2022 Issue 1 of Smart Choice Magazine for tips on protecting yourself and your clients from cyber threats.