Martha Hernandez wants to provide her clients with all the insurance coverage they need, but finding the right match wasn’t always possible in the captive model where she started her career. By switching to the independent insurance model and leveraging network support, Martha has been able to serve her clients better while dramatically improving her close ratio.

From Captive to Independent

It wasn’t a decision she made lightly.

“I didn’t want to leave my customers behind,” Martha admits, explaining why she didn’t make the switch from captive to independent earlier. Every year, her captive agency kept growing, and that just made the decision harder. She estimates that she left a six-million-dollar book of business. “You don't keep them, you leave them behind,” Martha adds. “So, all that work, all that sweat just made walking away harder and harder.”

Early on, she was presented with an opportunity to be an agent for one carrier while still being able to operate as an independent agent for other carriers, but she turned it down because she didn’t like one of the contract conditions. Even though that arrangement didn’t work out, something good came out of it – the carrier contact told Martha about the independent agency network, Smart Choice.

After fully evaluating the Smart Choice model and opportunity, Martha found that it would enable her to remain fully independent, retain ownership of her agency, and enjoy access to a wide range of carriers.

“The carrier rep I spoke with gave me Alex's card,” Martha says, referring to Alex Cobb, a territory manager for Smart Choice. “One thing led to another and here we are.” Three years later, and Martha’s agency is thriving. 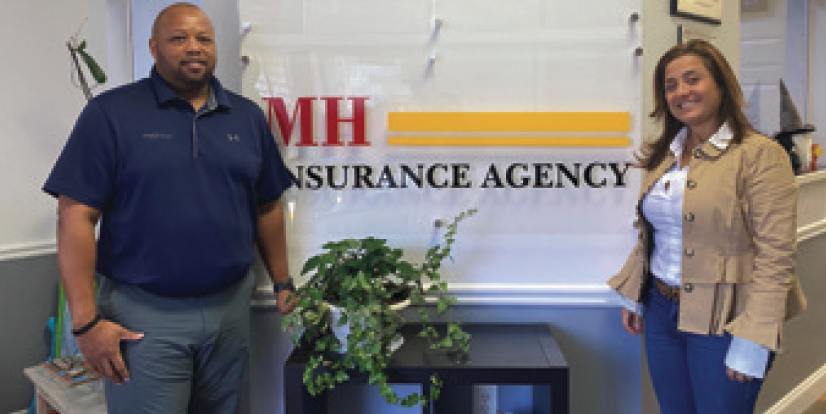 In the years since that fateful meeting, Martha has been taking advantage of the Smart Start and Express Markets programs available exclusively through Smart Choice. Because of Smart Choice, she has received access to top tier and specialty carriers that would not have been available to her.

Broad carrier access is important to Martha, but so are the fair financial aspects of the agreement. There are no startup costs or fees with Smart Choice, and Martha says that the commission split that Smart Choice takes has dropped significantly as her production volume has grown. “In fact, there have been times where they took nothing because I met a certain quota,” Martha says. “That was really nice to see.”

The partnership has worked out incredibly well for both Martha and Smart Choice and is also beneficial for Martha’s clients.

As a captive agent, Martha says there were a lot of things she couldn’t do. As a result, she often found herself having to say “no“ to her clients, and she hated having to turn business away and disappoint the people she was trying to help. Now her agency can be a one-stop shop for every customer’s insurance needs, which makes running her agency simpler, and aids in customer retention. “The fact that customers can access every option with us is just a lot easier for everybody,” she says.

When she needs to find insurance coverage for a client, she’s easily able to quote multiple carriers in her lineup, to provide the most competitive rates while also doing the right thing for her customer. Because she has so many carriers to choose from, and instant access to the knowledge and guidance from her Smart Choice territory manager, she’s confident that she will find coverage that works. “If I can't find a solution with one carrier, I can find it with another,” Martha says.”

This is good for Martha’s clients, but it’s also good for Martha’s bottom line. She’s working smarter because a higher percentage of her efforts pay off. “My closing ratio is very high now,” she says, “where before, it was kind of 50/50.”

Martha says that going independent was the right choice for her, but she wouldn’t necessarily recommend it to everyone. “It is a lot more work,” she says, indicating that agents need to be dedicated to their profession in order to succeed.

Still, Martha doesn’t regret the switch. “If I'd have known what I know now, I would've gone independent a long, long time ago,” she says. “My book would be much bigger.”

Not that she wishes she’d never worked as a captive agent. “Had I not been a State Farm agent all those years, I don't think I could've done what I'm doing now,” she says, including that she “learned the ropes” as a captive agent, and that knowledge and experience has helped her succeed in running her own agency.

Switching to an independent agency model can be challenging, but it’s easier with the right insurance network support.

Do you want to say “yes” more often? Smart Choice has helped thousands of independent insurance agents find success. Become an agency partner and receive access to top-rated carriers, dedicated marketing and business support, and our no fee programs.